When Appel appeared at Three Flames in San Jose, she was instantly recruited to a network of lawyers, judges, reporters, therapists  and cops  connected to California’s family courts that operates underground and through a dark money market. The enterprise is known for  moving drugs and kids up and down the state when their parents are involved in a divorce, and one parent is hiding sexual abuse, or fraud. These are the clients willing to pay anything to silence a former spouse and their children.

As part of the recruitment process, the lawyers and judges promised Appeal media coverage in the Daily Journal and newpapers owned by Alden Capital. She would be given awards from the local bar, the gateway to future employment  at JAMS or ADR Services ,

Once retired from San Joaquin’s family court,. Appel was promised 20 times the income  she could as a public court judge.  Until that day, Appel was to award attorneys for lawyers  connected to the local bar fees. Fees must be awarded  in a manner that could not be reversed on appeal. Once she had brought in over $10 million to lawyers , veried for orders to pay trust accounts, or billing statements approved for lawyers acting in her through court appointments, the dream job as private judge would be hers.

The fastest way to earn the money was to sell family homes and give lawyers the equity. As a family court judge, Appel could also appoint lawyers and threrapists referring therapty and reunification camps for kids in welathy families.  Appel  reportedly agreed to do her part to  increase  busienss that operated outside of the court in San Jaoquin, overlaping with networks in the Sacramento to the north  connected to attorneys Nancy Perkovich and Paula Salinger, and to the south in Modesto as connected to attorney Tom Hogan., who provides payments to the district attorney’s office.

Insiders at the schools where Appel’s  daughters, Sarah and Rachel, attend note Appel repeatedly used her position as a judge to access information about the families involved in family law cases to access. Appel used connections inside the school to alter the files of students to benefit the parent able to pay the network the most money.

San Joaquin County family law attorneys Diane Butler and Lisa Theissen were recruited by Appel to the enterprise and to bring Appel business as a private judge. These valley lawyers  trained with lawyers in Contra Costa and Santa Clara through a network firmly  established by Phil Stal and Lynn Steinberg whose domain is Arizona and Southern California, largely Los Angeles and Orange County. Steinberg scored the Britney Spears conservatorship gig , the higest earning case seen in LA.

For their part, Butler and Theirssen have tapped into drug rings connected through therapists Jann Blacksotne, John Page and Marcia Clark.. The rings run from Humbolt County and down into San Jose and LA where drugs are moved to vulnerable kids placed in foster care by CPS, or reunification camps because of high asset parents involved in a divorce.

Attorneys John Conway and Rebekha Frye in San Jose and Los Gatos, are known to supplying kids drugs through lawyers appointed in their parents divorce. Conway’s clients are active in the cannibis industry where they have access to large sums of untrackable cash.
Cash is deposited to attorney IOLTA trust accounts where it can be used to pay off cops, judges and theraptists willing to write reports for winning cusotdy of kids at the center of their parents’ divorce.

The more absuive the parent, and the more they have to hide, the more the clients pay to the underground network using attorney trust accounts to move the money without IRS oversight.

A paralegal working for Butler stated, ‘They know the IRS and the bar won’t do anything, so it has become the wild west and children are being destroyed all to get these lawyers and quacks rich. ” 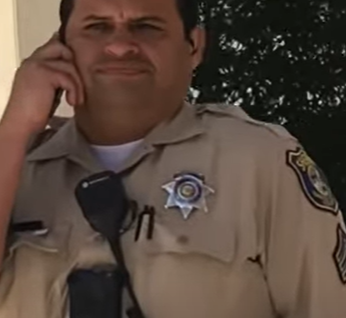 When Sargent Rey’s digital footprint connected to the LA Dogers  and former Family Court Public Information Officer Joe Macaluso,  he exposed a Ghost Knowledge Account funded through cryprocurrency transactions  by divorce lawyers, judges, and court appointed witnesses. These accounts reveal Santa Clara Sheriff Department Gangs operating through a” 7:30 Club” in Santa Clara County, and police officer associations throughout the state  running a money laundering and bribery scheme that involves the   rigging divorce and cusotdy cases up through the Court of Appeal.

Digital footprints exposing these Santa Clara Sheriff gangs connected to family court cases and the Sixth District Court of Appeal are being scrapped and uploaded to an investigative database. That database is being sold through Bay Area News Group reporters and shareholders in the private companies known as JAMS, ADR Services and Siganture Resolutions. Businesses that conduct 90% of California’s mandatory arbitration and private judging cases.

Divorce should be more than going through the legal process — it should be a time to set goals and create a vision for your new life.

The post What Motivates a Collaborative Divorce Attorney? appeared first on Divorce Magazine.

Rich or poor, the currency is communication. The challenge is to hire a divorce professional (or team) to help get you to the finish line with preserving dignity, civility – -and, most importantly, if there are children, the priceless co-parenting relationship.

The post The Real Story Behind “Marriage Story” appeared first on Divorce Magazine.

The divorce mediation process requires both spouses to engage in conversation and discussion with the mediator acting as a facilitator.

The post 6 Points to Consider Before Choosing the Divorce Mediation Process appeared first on Divorce Magazine.

Arts and crafts can help kids sort out their feelings and remember that they are still part of a family that cares about each other, even if it’s changed.

The post 01/10 7 Thanksgiving Crafts to Help Kids Through Thanksgiving After Divorce appeared first on Divorce Magazine.

Arts and crafts can help kids sort out their feelings and remember that they are still part of a family that cares about each other, even if it’s changed.

The post 7 Thanksgiving Crafts to Help Kids Through Thanksgiving After Divorce appeared first on Divorce Magazine.

Marital Mediation is an important, effective Alternative Dispute Resolution Process that is worthy of continued practice and development.

The post Marital Mediation: Could it Save Your Marriage? appeared first on Divorce Magazine.

When a couple decides to divorce, they may decide to resolve their divorce issues outside of court using a neutral divorce mediator as a facilitator. A mediator can help them navigate through their divorce discussions.